Many drugs are potentially responsible for excessive daytime sleepiness such as hypnotics, anxiolytics, some antidepressants and neuroleptics, H1 antihistamines and finally antiepileptics (except lamotrigine) and antiparkinsonians.
Some cases of acute stimulant withdrawal, such as with amphetamine derivatives, may result in a marked rebound in sleep, as seen in cases of sleep deprivation.
The diagnosis is easy after questioning the patient.

Alcohol has alternating sedative and stimulating effects depending on the type of individual and the blood alcohol level. Excessive alcohol consumption also leads to poor sleep at night.
The search for the imputability of alcohol in the cause of hypersomnia should be systematic and a substitution should be proposed to the patient.

Many neurological conditions can cause objective daytime sleepiness:

It is impossible to estimate precisely the frequency of hypersomnia occurring after a head injury. However, this hypersomnia is relatively rare, difficult to individualise and sometimes causes medico-legal problems.

The main clinical signs of post-traumatic hypersomnia are :

There are some risk factors for drowsiness after head injury:

Viral infections such as certain pneumonias, mononucleosis, HIV, arboviruses, etc., but also Guillain-Barré syndrome, Whipple's disease, etc., can sometimes be responsible for real hypersomnia. Several months after the acute phase, the patient realises that a real sleepiness has set in, the clinical characteristics of which may be quite similar to those of idiopathic hypersomnia. This complaint of sleepiness must be distinguished from a complaint of asthenia, which is particularly frequent after any severe infection.

African trypanosomiasis, otherwise known as "sleeping sickness", is a parasitic disease transmitted by the tsetse fly. This disease, which is common in endemic regions (particularly in Africa), is fatal. It combines a picture of meningoencephalitis, tremor, dyskinesia, choreoathetosis and hypersomnia. An alteration of the circadian rhythm with several falls asleep in REM sleep characterises this drowsiness. The curative treatment involves melarsoprol, an arsenical derivative responsible for significant toxicity, and pentamidine, which is less toxic but does not easily cross the blood-brain barrier. Prevention involves destroying the tsetse fly with insecticides. There is currently some hope in terms of prospects for vaccinations.

This nosological entity is rare, however abnormal sleepiness is sometimes described in cases of glycaemia dysregulation, hepatic encephalopathy, hypothyroidism and acromegaly.a nocturnal ventilatory abnormality must first be eliminated in the genesis of this hypersomnia.Finally, a syndrome of periodic movements of the limbs sometimes at the origin of real hypersomnia may be of metabolic origin, in particular with iron deficiency, diabetes or renal insufficiency... 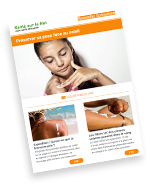 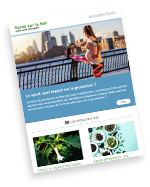 Your email address is only used to send you the Santé sur le Net newsletters. You can use the unsubscribe link in the newsletter at any time. Learn more about the managing your data and your rights.